Mom is so good to me, I don’t mind if she gets a special day or two. But why wasn’t I included? Saturday was Mom’s birthday, and here’s what happened.

First, Dad made waffles for him and Mom and gave her a real pretty card that almost made her cry. Sheesh, Dad, don’t make Mom cry on her birthday! When they were done eating breakfast, he packed up his horn and “gig bag” (whatever that is) (not important, doesn’t smell of food) and whisked Mom away in the car to a place called the Tennessee Aquarium. Sweet Georgia Sound Big Band were set up to play outside the aquarium. It is a touristy area where people walk around or get pushed in strollers or wheelchairs or ride scooters or get carried on their dads’ backs or in their mom’s arms…any way they can get around. Mom didn’t take pictures because she locked her phone in her purse in her car’s trunk. Umm, I’m glad she doesn’t lock me in the car’s trunk! Anyhow, there was another ballroom dancer named Donald there and they danced together a lot right there in the sunshine. (I wasn’t there to dance with them)  There was a 12 year old schnauzer wearing a Tennessee Vols shirt there, and Mom kept getting her “schnauzer fix.” The band leader announced two times that it was my Mom’s birthday and people came by and said, “Happy Birthday!” to her. Dad said it also gave him something called a pass to come out of the band and dance a foxtrot and a rumba with Mom. Some band friends were in town and met them there after the “gig.” The all visited a while (without me), before Dad whisked Mom away again to a part of town called The Bluffview Arts District. (No, I didn’t get to go there, either.)

In The Arts District there are museums and restaurants. The restaurants are all grouped together, like in the collages that Mom makes for my blog. Except they aren’t quite that close together. They all have outdoor seating because it is such a beautiful area, overlooking parts of Chattanooga as well as the Tennessee River.

It wasn’t quite 5 o’clock, so they first went to Tony’s Pasta and Mom made Dad’s mouth hang open when she said she wanted to sit inside ’cause she was so hot. He wanted proof it was really my Mom. She told me that my Dad wanted to make it a super special day, and loves her so much that he would sit outside with her  without complaining ’cause he knows she always wants to be outside. But she also knew my Dad was suffering from the heat, so she also did it for him. (I would have waited outside for them, but I wasn’t invited.) All they ordered were salads and gluten-free flatbread to dip in olive oil with reggiano parmesan cheese. And wine. Mmm, wine. I tasted it once and it is good.  So, during the hour they were there, Mom didn’t remember to take even one picture. Side note: Angel Lexi got to eat there one October, so maybe they will take me next month and I will remind Mom to take pictures.

Then they walked over to  The Back Inn Cafe, where they got their main meal. It is described like this: Elegant Colonial Revival mansion setting features seasonal, globally inspired cuisine & wine.

The steak was a juicy medium rare and delicious (wait, please, while I wipe my drool on the furniture) and too big to finish, so Mom brought half of it home. It’s in the fridge, but I can’t open the door. By this time they had both cooled off, so they sat outside. The top picture shows the TN river, and the bottom picture is the bakery that supplies the three restaurants. The same family – the Patera’s –  owns it all. Mom said their waiter was super. Dad listed all his food allergies for him, and the chef changed the recipe and sides on Dad’s salmon so it wouldn’t hurt him.

With bellies full (and my belly was at home, empty), they strolled over to Rembrandt’s where they got dessert. Now, does this make sense? Oh, Mom says it would make perfect sense to a schnauzer.

So that was Saturday. Sunday, they came home early from early church and started cleaning. Dad even ran the vacula. The food in the crockpot had my tummy growling, then more food started cooking in the oven. Pretty soon, my soon-to-be friends came to our house and, after lots of hugs and the obligatory house tour, they all sat down at the dining room table for a feast. Riley and I got put outside. At least I got a bone. When Riley got stuck out there with me, I stayed under the table so he couldn’t get my bone. There has to be a limit to sharing, even with your boyfriend, right?

Later – when the food was all gone – we were allowed back in. The Man loved me and kept petting me. I wanted to show them how Riley and I play, so I started jumping at Riley and biting his face and he started growling at me and biting my face and we were having a great time. I thought the Man would be very impressed, until Mom grabbed us and put us in separate bedrooms. After my new friends left, I spent the rest of the evening with Riley and Andrew, watching stuff on TV in their bedroom. And there ends my story of  Mom’s Birthday Weekend.

24 thoughts on “All About Mom” 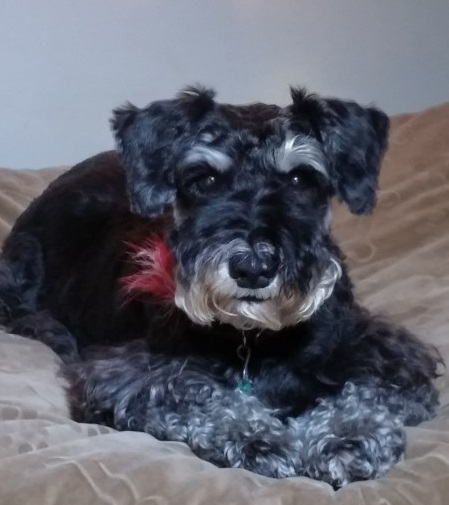 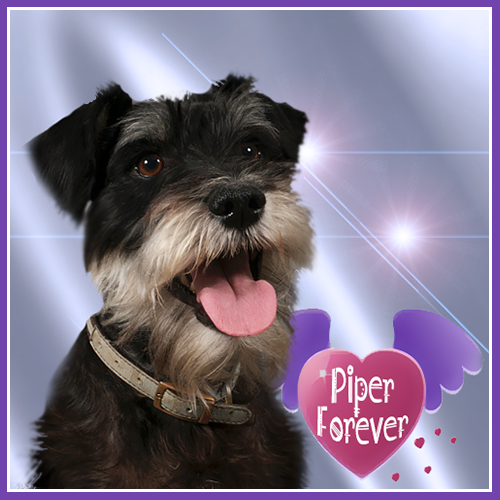